We share in the community loss of Tom Ferraro, founder and executive director of Foodlink.

Born and raised in the City of Rochester, Mr. Ferraro is a genuine example of local good work. He was involved in community organizations early in his career, which stimulated his commitment to the issue of hunger. With his visionary leadership, Foodlink grew into a 500-member organization that distributes nearly 20 million pounds of food and resources across the community per year.

Possessing an innovative spirit, Mr Ferraro was known for thinking “outside the box,” seeking to address the root causes of hunger by working to promote community health and wealth. A humble humanitarian, he championed the idea that food banks have a responsibility to engage in workforce and economic development initiatives, to assist in building the capacity of other nonprofit organizations, and to be leaders in both public health and broader food system reforms.

We are inspired by the good works of Tom Ferraro and know that his legacy will live on for generations to come. 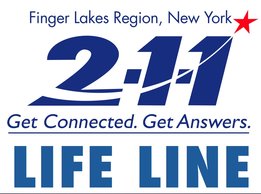